7 Ways to Prevent Your Technology from Heating Up 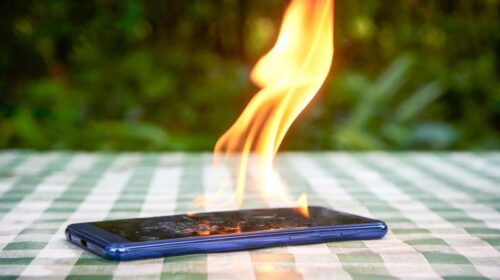 The riskiest time to be a computer, game console, smartphone, or other heat-producing device is during summer heatwaves. Here are seven suggestions for keeping your electronics cool in the sun.

Let’s take a moment to think about why gadgets produce heat in the first place—and why it’s bad for them—before we go on to the advice. When electricity runs through any conductor, including the semiconductor material in computer chips, some of the electrons hit with atoms or other impurities in the material, causing resistance. This is why computers and other electronics produce heat.

These electron collisions produce kinetic energy, or heat, in the molecules of the conductor since energy is conserved (it is converted but never eliminated). Waste heat needs to be removed from computer chips and conductors in particular in electronic equipment. The chips’ transistors won’t operate properly if they don’t. Here are some things you can take to prevent your electronics from overheating in light of this.

Avoid driving in hot weather and being in direct sunlight

These electron collisions produce kinetic energy, or heat, in the molecules of the conductor since energy is conserved (it is converted but never eliminated). Waste heat needs to be removed from computer chips and conductors in particular in electronic equipment. The chips’ transistors won’t operate properly if they don’t. Here are some things you can take to prevent your electronics from overheating in light of this.

As a continuation of this, use heat-sensitive technology only when air conditioning is available. As your gadget runs, the AC’s chilly air will help eliminate heat. If that isn’t an option, keep your gadget as much as you can in the shade and direct a fan at it.

Use a cooling pad if you plan to use your laptop for extended periods of time in a warm location. These gadgets frequently come with additional fans or heat sinks that help control the device’s temperature and keep it from overheating.

Put your laptop on a raised platform instead of spending money on a cooling pad. Alternately, you may buy a laptop stand. The potential air circulation is better the farther away your laptop is from the table.

Allow It to Breathe

Only when the air temperature outside the device is lower than the air coming out of it can fans and heat sinks remove waste heat from the gadget. Your gadget (such as a game console, gaming PC, or other device) needs a fresh supply of cool air to function, and you can’t receive it if it’s entirely encased in an entertainment center or cabinet with little to no ventilation. Open the TV stand doors or position the device on the top shelf behind the TV so it may get some fresh air to fix this.

One of the biggest causes of overheating in computers and gaming consoles is dust accumulation. To keep dust from clogging the fans, heat sinks, or vents on your technology, make sure to clean it frequently. Dust blocks airflow, which overheats your gadget.

Additionally, check to see if anything—including your hands, your lap, a table, or anything else—is blocking the vents on your device. If they are, the item will quickly overheat as a result of the restricted airflow that is meant to cool it.

Use a low-power mode or turn off overclocking

The technique of forcing a device (like a PC) to operate faster than the manufacturer intended is known as overclocking. Although it can speed up a computer, it also makes your device produce more heat, which is dangerous if the area around the PC is warm. To cope, disable overclocking or look for a low-power option that will use less power and underclock the device’s CPU, which will also produce less heat.

Turn off background or unused features

Turn off any functions on your smartphone that you aren’t utilizing. Turning off Bluetooth, for instance, will help you conserve battery life and maybe lower the device’s heat load.

Additionally, some apps on computers and mobile devices continue to operate in the background, checking for updates all the time and heating up your device. Close those background processes on a PC or a Mac, or, for an iPhone, disable background app refresh.

You might decide to utilize less processor-demanding apps or games while it’s hot outside. Generally speaking, more complex games that put less strain on your device’s visual capabilities may produce a lot more heat.

Take frequent pauses if you’re using your technology for prolonged amounts of time in the sun. The best method to accomplish this is to totally turn off the gadget and give it some time to rest. If you’re unable to accomplish that, shut down all applications or pause a movie and leave it idle for a time. By doing this, you’ll give your gadget some time to cool off before you use it again.