The Frankfurt School In Two Chapter 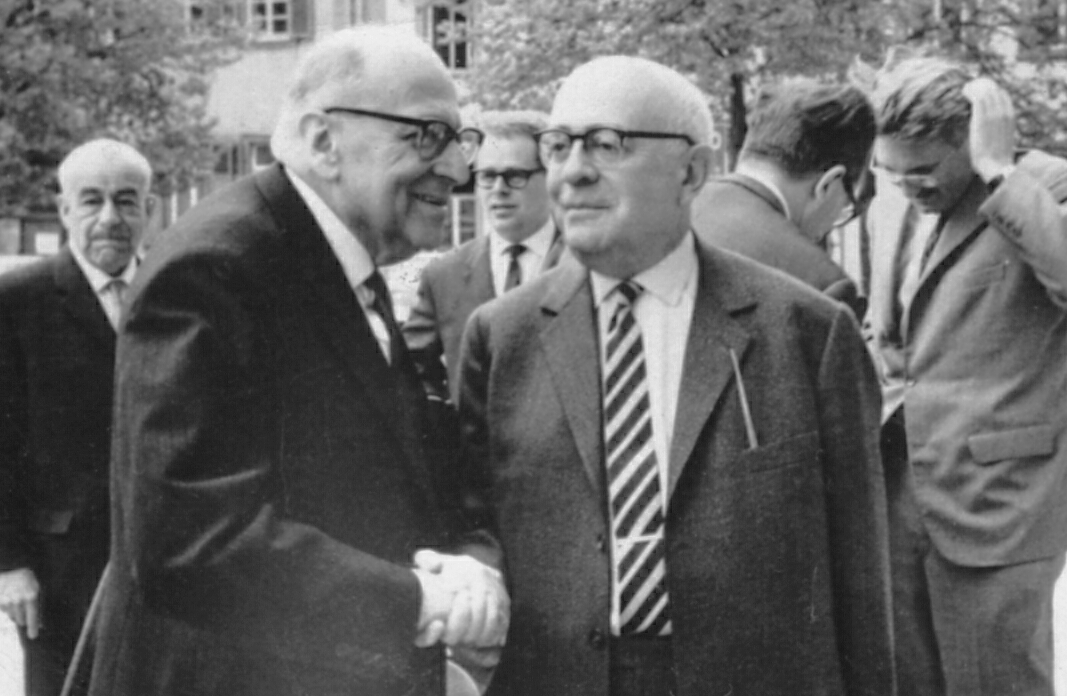 The Frankfurt School (Frankfurter Schule) is a group of academics known for developing critical theory and popularizing the dialectical method of learning by re-examining the contradictions that exist in society and the use of Neo-Marxist theory that focuses on rethinking and critiquing classical Marxism.

Chapter I: The Establishment of The Frankfurt School

In 1923, the Marxist academic Carl Grünberg founded the Institute for Social Research at the University of Frankfurt and received funding from fellow academic Felix Weil. The Frankfurt School itself began in 1930, when Max Horkheimer was appointed to be a director of the institute and recruited many thinkers and academics which became known collectively as The Frankfurt School.

The Frankfurt School academics are known for their use of Neo-Marxist theory which focuses on rethinking and criticizing classical Marxism (especially against those who profess to be Marxists) by adapting Marx’s classical theory to the socio-historical period in which they lived. Their focus on Marx’s thinking was caused by the misinterpretation of Marxism understanding among the Marxists who had developed at that time. They consider that there is a need for an update on this thinking considering that the existing thinking cannot be the “answer” to the social situation that occurs.

In the aftermath of the failed predictions of Marx about revolution, members of the Frankfurt School were disillusioned with the rise of the Marxist Orthodox Party and the dictatorial form of communism. They also tried to see which parts of Marx’s ideas could answer the current situation that even Marx himself, as the root of their ideas, could not see. They borrowed other schools of thought to fill in the gaps they found in Marx’s thought. One of the thinkers who had a great influence in the Frankfurt School was Max Weber. Similar to Weber, Sigmund Freud also had a considerable influence in this school. This is evidenced in Marcuse’s 1954 writing Eros and Civilization, which uses Freudo-Marxist thought.

Given the state of Germany before World War II, Horkheimer relocated the Institute for the safety of its members who (most of them) were Jewish. One of the members of the Frankfurt School even became a direct victim of Nazi fascism, it’s the death of Walter Benjamin who was suspected of committing suicide because his entire library was confiscated by the Nazis. In 1933, the Institute moved to Geneva, Switzerland and two years later, moved to New York, United States of America and is affiliated with Columbia University. In 1953, long after the war, the Institute was re-established in Frankfurt. Jürgen Habermas and Axel Honneth were also active in the Frankfurt School in the following years.

One of the main concerns of the Frankfurt School academics, especially Horkheimer, Adorno, Benjamin, and Marcuse, was the emergence of “mass culture”. This phrase refers to technological developments that allow the distribution of cultural products such as music, films, and art on a mass scale. They object to how technology causes uniformity in the production of cultural experiences. It is feared that technology will make the public sit passively in front of cultural content rather than playing an active and engaging role with each other as was done in the past. These academics theorize that such experiences make people intellectually inactive and will tend to be politically passive, as they allow mass-produced ideologies and values to infiltrate and embed themselves into their consciousness.

The Frankfurt School also argues that this process is one of the missing links in Marx’s theory of the domination of capitalism and explains why revolution never came. Marcuse took this framework and applied it to the new consumer goods and lifestyles that became the norm in western countries in the mid-1900s. He argued that consumerism has a self-defense system through the creation of false needs that can only be met by the products of capitalism. And that’s how the dream of revolution never really came.