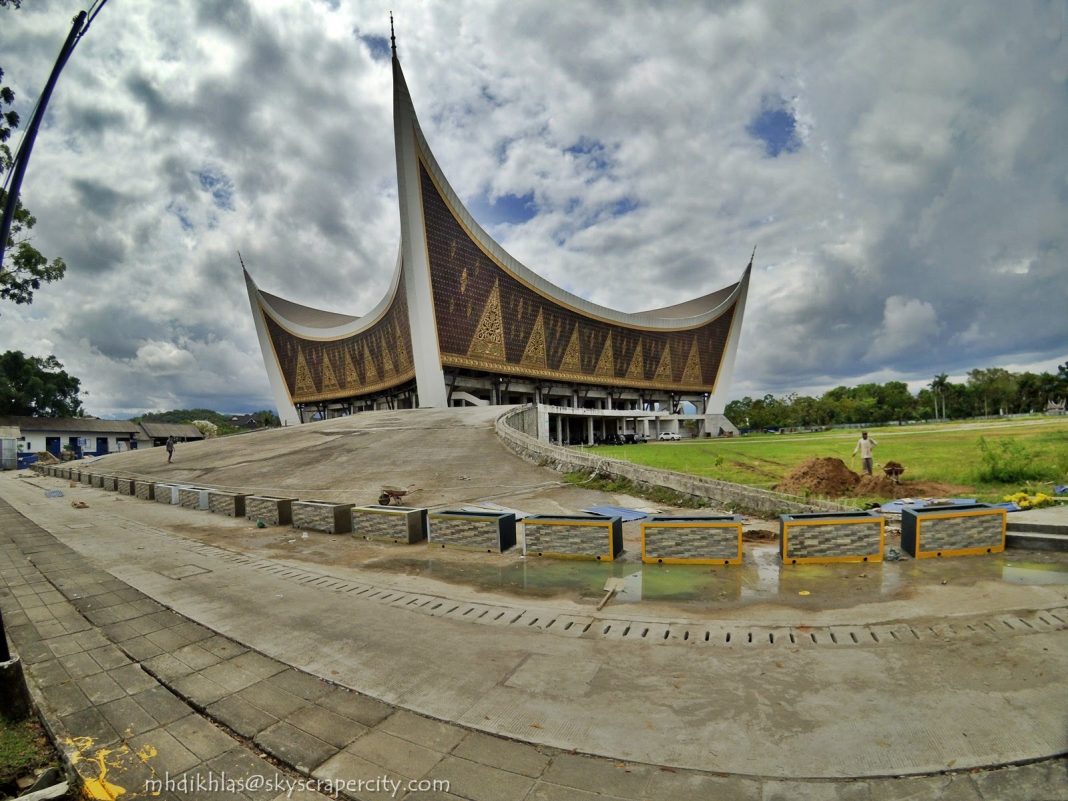 Initially, doctrinal understanding in the plural tradition of Islam, especially its relation to adat in Malay-Indonesia community, especially in Minangkabau society, was held by scholars, especially Dutch scholars in the colonial era. This is what Van den Berg meant with his concept of “reception in comflexu,” which states that customary norms are filtered by sharia principles and norms so that they are a reception of Islamic norms.

However, this concept was challenged by many Scholars in the next era who claimed that the development of Islam in Malay-Indonesia world, especially Minangkabau, gave birth to a new dynamics of Islam, namely a dynamics that was born from conflict and accommodation between Islamic values (norms) and traditional culture, and adat that gave birth to many Islamic variants in Malay-Indonesia world that were also known as “Local Islam”.

Local Islam is the contribution of local community to enriching the mozaic of Islamic culture and is a creative effort of a community in understanding and interpreting Islam in accordance with their culture.

The development of local islam pattern could not be separated from the history of Islam diffusion in the world of Malay-Indonesia, which involved more sufi figures rather than fiqh figures. Moreover, A.H. Jhon explained how sufism factor strengthened the diffusion of Islam in this area due to the ability of sufi figures to present Islam in an attractive way, especially by emphasizing the compatibility with Islam or continuity rather than change with regards to local religious beliefs and practices.

Consequently, sufi perspective became the main avenue in introducing the concept of Islamic faith to local communities (indigenous peoples). With a strong inclination towards mysticism in sufi ideas regarding religion, a non-strict approach towards local (customary) faith system and tradition was spread so that it is normal that the actualization of plurality in Malay-Indonesia community, especially Minangkabau, is based more on tradition of local Islam, which gave birth to interlacing between local customary teachings (adat) and Islam as a universal teaching. In other words, it created domestification of Islam.

The interlacing between adat and Islam in Minangkabau society begun since they recepted Islam as their religion, namely since the establishment of Pagaruyung Kingdom in the 16th century, which created the system of three kings: Raja Alam (King of the World), Raja Adat (King of Custom), and Raja Ibadat (King of Islam).

Adat and Islam interlacing occurred in stages as the spread of Islam in Minangkabau progressed from the costal area (rantau) to the highland (darek), which in Minangkabau glossary was recorded as: “Syara’ Mandaki, Adat Manurun” (Sharia Climbs Up, Adat Climbs Down).

Padri movement in the 19th century was an important social phenomenon in Minangkabau society that sheds light on how they responded to conflict and accommodation of Islamic values. This movement itself was inspired by the conquer of Mecca (in the beginning of 1803) by reformers-puritant Islamic wahabi that preferred violence as their method. This conflict illustrates social and intellectual turmoil due to the clash of perspective of the reformer generation on religion and their “judgement” on the tradition and point of view of the traditional group that constituted a majority in the community.

The main criticism of Padri group was addressed to the practices of gambling, cock fight, and customary aspects based on the mother line (matrilineal system), the use of drugs, alcohol, tobacco, pinang fruit, and the lack of observance in general of formal mandatory rituals of Islam. However, they did not fully conform to Wahabi-puritant’s view with regards to saints and sacred locations.

Minangkabau society demonstrates its persistence in upholding Islam on one hand and preserving this customary kinship system on the other hand, which Taufik Abdullah called “Integration Tradition” in the process of Islamization in Malay world, especially in the Minangkabau society.