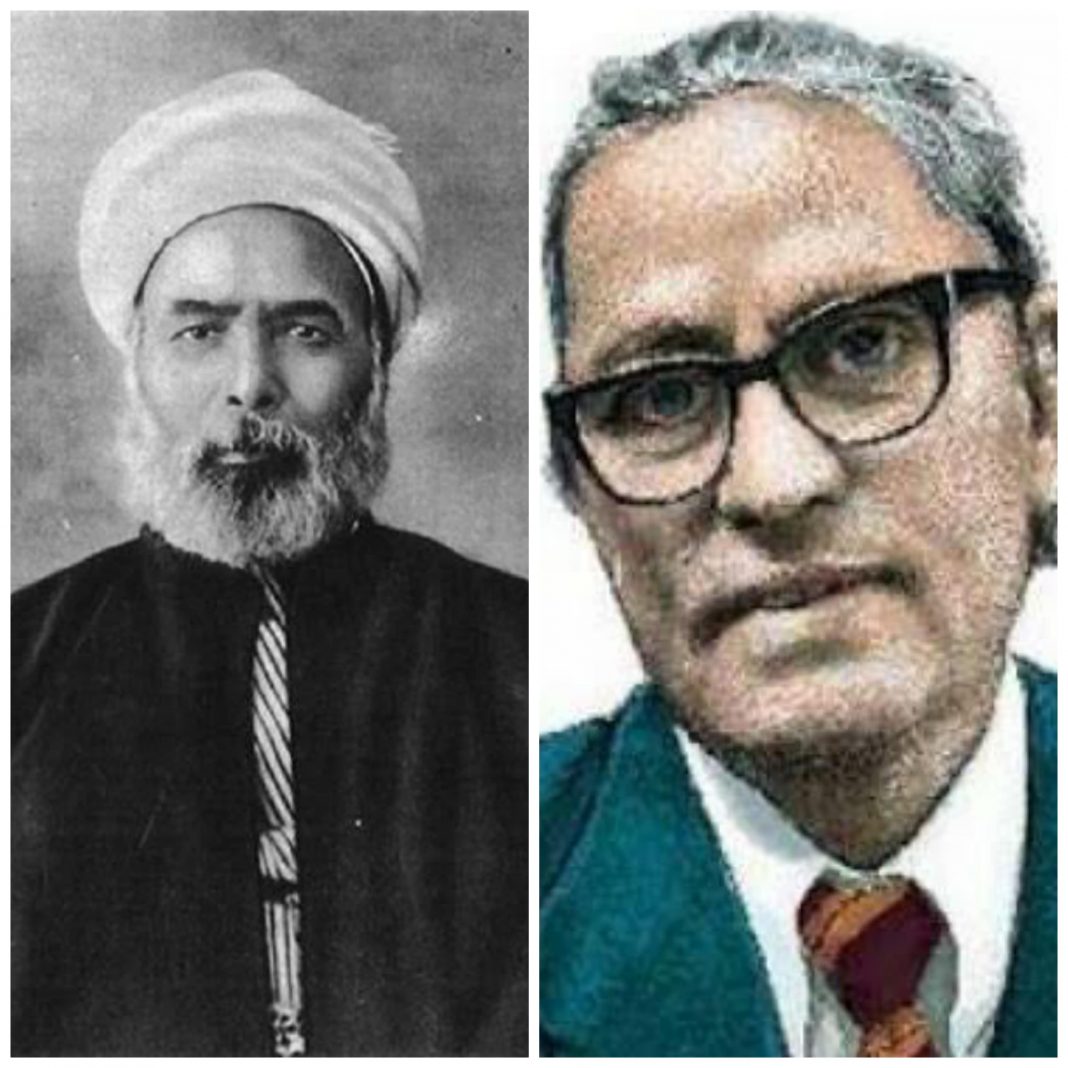 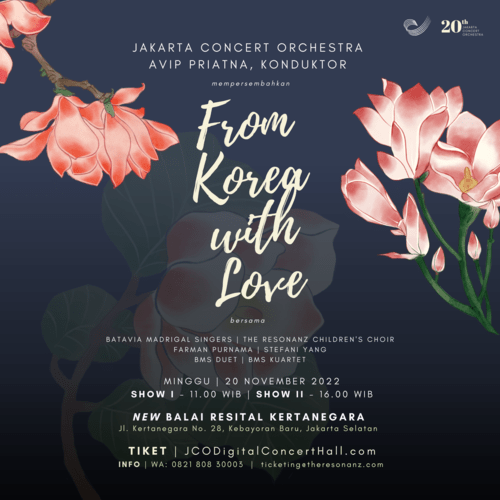 The Islamic Revival began in the 19th century. At that time, many Islamic scholars were born, and the most striking were Muhammad ‘Abduh (1849-1905 AD) and Fazlur Rahman (1919-1988 AD). Two prominent Islamic scholars have the originality of thought that greatly influenced Islamic civilization in the 20th century. They are both called reformers in Islamic thought.

The peculiarity of ‘Abduh’s thought which combined contradictory intellectual traditions and secular perspective did not conclude results, for Albert Hourani (1915-1993 AD) it was the inconsistency, contradiction, and ambiguity of ‘Abduh’s thought. (Oliver Scharbrodt, 2022). Simultaneously Muhammad ‘Abduh was known as an orthodox Sunni, a free thinker, and a skeptic.

‘Abduh’s thoughts could be seen from the work of Muhammad Rasid Rida (1865-1935 AD). Rida worked closely with ‘Abduh in the publication of articles. Rida was a student of ‘Abduh as an editor who contributed a lot of ‘Abduh’s thoughts. The first published article was al-Manār (the Lighthouse, 1899). Rida told how ‘Abduh tried to give an understanding of pure Islam that departed from the thought of Islamic reform. The 20th century orientalists called ‘Abduh the initiator of the Islamic purification movement: Salafism, but on the other hand, he was also dubbed ‘a modernists’. (Oliver Scharbrodt, 2022)

Unlike Rida, ‘Abduh never claimed to be involved in the salafism movement, but Rida did the opposite. For ‘Abduh, Intellectual Dynamism is broader than partiality to the purification of Islam itself. ‘Abduh’s thought was influenced by Jamal al-Din Al-Afghani (1838-1897 AD), Elie Kedourie analyzed the relationship between ‘Abduh and al-Afghani through correspondence between ‘Abduh and al-Afghani. The analysis results show that both are modern representatives of the ‘Islamic Heterodoxy’ tradition (Sufism and Esoteric Philosophy). Many Islamic scholars believe that Muhammad ‘Abduh was not an ‘Islamic Scholar’ but a ‘Modern Intellectual’. ‘Abduh’s Islamic revival then inspired Islamic scholars who lived after him.

The Tradition of Islamic Renewal (tajdid) and Islamic Reformation (islah) are the results of an Islamic revival that is adaptive to the times and has begun to erase the stigmatizing dichotomy of Islamic and non-Islamic thought. The scholarship are divide into several Islamic thoughts, such as the study of interpretation (tafsir), fiqh, and aqidah. Meanwhile, what are not Islamic are matters related to secularism, such as the Greek philosophical approach, politics, and all things was born from westernization ideas.

Rahman’s real contribution has been increasingly formed since joining an institution initiated by Ayyub Khan (1907-1974), the President of Pakistan, called the Islamic Research Institute.

Fazlur Rahman said of the goals of the Islamic Research Institute:

“To advise the Government to religious policies that would be true to the principles of Islam, Interpreted by us for application in the changing context of the modern world”. (Abdullah Saeed, 2004).

Through the Islamic Research Institute, Rahman saw the potential for improving and renewing education in Pakistan. Rahman invited young scholars to be involved in providing a critical perspective on Islamic traditions. Rahman was involved in the Islamic Research Institute as a visiting professor, then became the institute’s director from 1961-1968. Rahman did many things, including reform of Islamic family law, policies on religious issues, Islamic banks, and zakat institutions. This policy made Rahman a figure known to adherents of ‘liberal’ ideology. This caused political discontent among Ayyub Khan’s political opponents, who then made Rahman a bad example of Western influence on Islamic traditions, such as Islamic modernization projects and social reforms. (Abdullah Saeed, 2004).

Due to the political instability in Pakistan(1968), Rahman returned to academic activities at the University of Chicago as a professor of Islamic studies until he died in 1988. At the University of Chicago, Rahman had many students from Indonesia and Turkey who became Rahman’s thought agents. A prominent figure in Indonesia was Nurcholish Majid (1939-2005), who was heavily influenced by Rahman’s thought. Meanwhile, in America, Amina Wadud, a female philosopher today, was inspired by Fazlu Raman’s ethico-legal context in his book Qur’an and Women.

Muhammad ‘Abduh and Fazlu Rahman are Islamic scholars who revive Islamic values by combining texts, orthodoxy-heterodoxy, and renewal-reform. These ideas are solely to present various ways of applying Islamic teachings that always develop according to time and place. On the other hand, these methods are seen as secular and liberal by Islamic traditionalist.

The intellectual rationale is closely related to Islamic reform-renewal. This issue became the basis for the purification of Islam (Salafism). Abduh and Rahman wanted the Qur’an as the only authoritative source of truth in Islamic teachings. Either ‘Abduh or Rahaman argue that the Qur’an was, revealed in the 7th century AD as standard model. However, the approach, interpretation, human understanding will continue to evolve. ‘Abduh and Rahman have the same goal but produce different methods.

The Western influence on all life, from education, economics, social, and cultural aspects since the 18th century, has succeeded in ruling the world. For Rahman, the only reason the West invaded various regions was ‘intellectualism’. Intellectual stagnation in Islamic civilization in the 18-19 centuries was the trigger. According to Rahman, there were at least four factors; (1). the result of the incompatibility of the Qur’an, al-Hadith, Ijma’, and Qiyas impacts the closing of the door of ijtihad; (2). Inevitable ideological domination does not open up a dialogue with other theological ideologies but cannot solve problems that arise based on the times; (3). fading of the spirit of intellectualism in Islamic religion-based education; (4). the mentality of being colonized by Muslims due to colonialism. (Ahmad Labib Majdi, 2019).

Jamal al-Afghani heavily influenced Muhammad ‘Abduh’s method. In particular, ‘Afghani has a goal to fight European imperialism through politics. Oliver said there is ambiguity in ‘Abduh. Afghani himself was known as a teacher of Shia mysticism, while ‘Abduh joined the Sunni orthodox group. Yet the two are opposites. Afghani was a typical Islamic Teacher who accepted students from all walks of life, even those who are against his ideas. While ‘Abduh was a typical student who could learn anywhere and from any teacher. (Oliver Scharbrodt, 2022).

Rahman’s interpretation of the Qur’an has become the central of contemporary interpretation. Rahman has at least two key ideas: (1). the historical-critical approach is used in the interpretation of the Qur’an. The basis of this method is that everything contained in the Qur’an has “concerns, interests, and guidance which were directly connected with and organically related to the linguistic, cultural, political, economic, and religious life of the Arabs of the seventh-century ”; (2). Social Justice and Moral Values are the actual content of the Qur’an. (Ali Akbar, 2020). These two aspects are part of Fazlu Rahman’s spirit of Reform-Renewal with his concept of the ethico-legal content of the qur’an based on social context. (Abdullah Saeed, 2004).

SAEED, A. (2004). Fazlur Rahman: a framework for interpreting the ethico-legal content of the Qur’an. In TAJI-FAROUKI, S. (Eds.) Modern Muslim Intellectuals and the Qur’an (1 ed., pp. 37-65) Oxford University Press.